In 1920s Madrid, four women at the National Telephone Company ring in revolution as they deal with romance, envy and the modern workplace.
Trailer 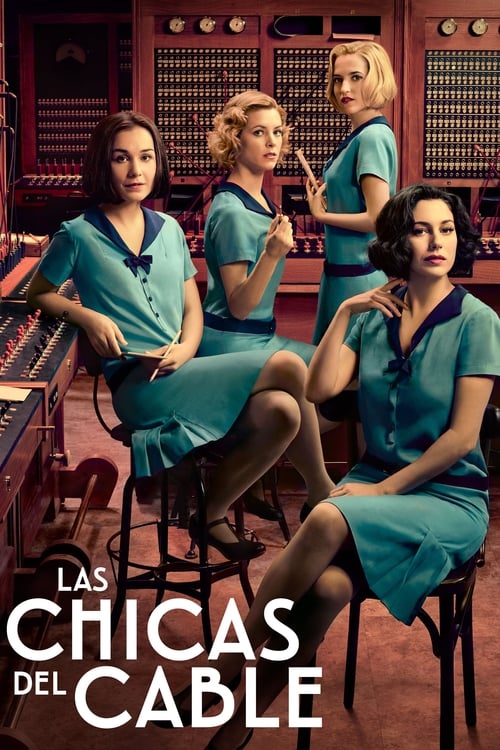 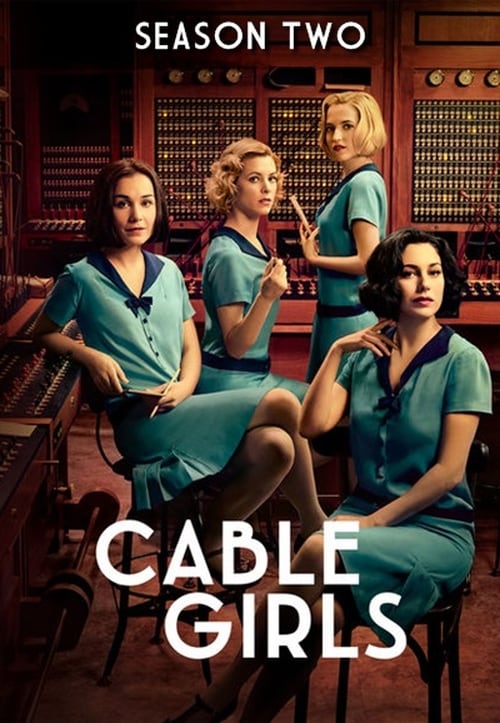 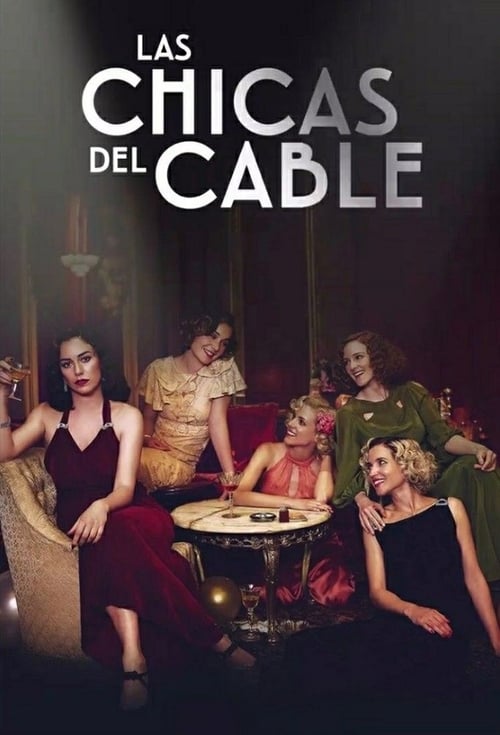 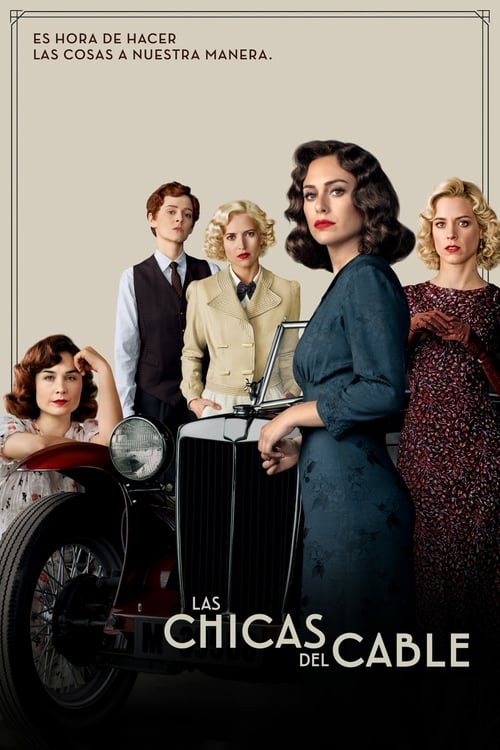 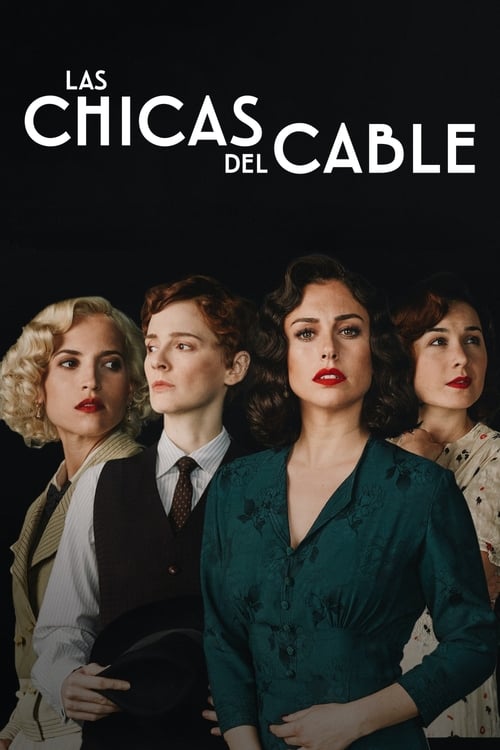 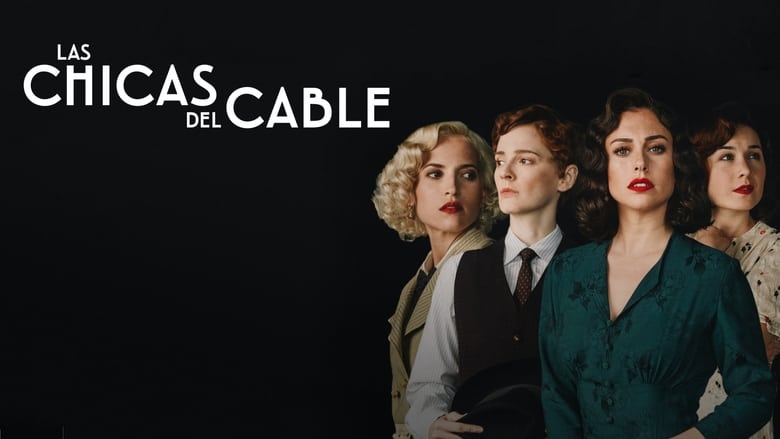 Mad Men is set in the 1960s, initially at the fictional Sterling Cooper advertising agency on Madison Avenue in New York City, and later at the newly created firm, Sterling Cooper Draper Pryce, located nearby in the Time-Life Building, at 1271 Avenue of the Americas. According to the show's pilot, the phrase "mad men" was a slang term coined in the 1950s by advertisers working on Madison Avenue to refer to themselves. The focal point of the series is Don Draper, creative director at Sterling Cooper and a founding partner at Sterling Cooper Draper Pryce, and the people in his life, both in and out of the office. The plot focuses on the business of the agencies as well as the personal lives of the characters, regularly depicting the changing moods and social mores of the United States in the 1960s.

Our lady sleuth sashays through the back lanes and jazz clubs of late 1920’s Melbourne, fighting injustice with her pearl handled pistol and her dagger sharp wit. Leaving a trail of admirers in her wake, our thoroughly modern heroine makes sure she enjoys every moment of her lucky life. Based on author Kerry Greenwood's Phryne Fisher Murder Mystery novels.

A pie-maker, with the power to bring dead people back to life, solves murder mysteries with his alive-again childhood sweetheart, a cynical private investigator, and a lovesick waitress.

During Prohibition, the law held no power and the mafia ruled the town. The story takes place in Lawless, a town thriving on black market sales of illicitly brewed liquor. Avilio returns to Lawless after some time away, following the murder of his family in a mafia dispute there. One day, Avilio receives a letter from a mysterious sender, prompting him to return to Lawless for revenge. He then infiltrates the Vanetti family, the ones responsible for his family's murder, and sets about befriending the don's son, Nero, to set his vengeance in motion. Killing brings more killing, and revenge spawns more revenge. How will the 91-day story of these men guided by a tragic fate end? (Source: Crunchyroll)

Toronto’s only female private detective in the 1920s takes on the cases the police don’t want or can’t handle. From airplanes and booze running to American G-men, Communists and union busters, Frankie’s fearless sense of adventure gets her into all kinds of trouble, but she always manages to find her way out.

When Shin Joon-Young and No Eul were children, they were separated and became heartbroken. As adults they meet again. Shin Joon-Young is now a top actor and singer. He is intelligent and attractive. No Eul is the PD of documentaries. She values money over justice and kisses up to those with more power than her.

The story of a man who became a neurosurgeon though he dreamed of becoming a cook, and a woman who became a cook because of him. Lee Kang is a neurosurgeon, who once dreamed of becoming a chef. As a child, Moon Cha Young once met Lee Kang at a small restaurant in the seaside town. There, Lee Kang cooked and gave her a meal, which in part inspired her to become a world-famous chef. Many years later, the two meet again at a hospice ward and together they heal their own emotional scars by preparing meals for the patients there.

Azize finds herself with her 3 children and mother-in-law in a difficult fight. She raises her children while fighting the difficulties of the war period and her husband's absence whom she loves more than anything. It's about war, love, greed, treason and sacrifice.

After being the subject of an embarrassing viral video, a self-involved 20-something enlists the help of a marketing expert to revamp her image in the real world.

Baccano! is a Japanese light novel series written by Ryohgo Narita and illustrated by Katsumi Enami. The series, often told from multiple points of view, is mostly set within a fictional United States during various time periods, most notably the Prohibition era. It focuses on various people, including alchemists, thieves, thugs, Mafiosi and Camorristi, who are unconnected to one another. After an immortality elixir is recreated in 1930 Manhattan, the characters begin to cross paths, setting off events that spiral further and further out of control. The first novel was released in February 2003 under ASCII Media Works' Dengeki Bunko imprint, and as of March 2013, twenty novels have been released. The novels were adapted into a sixteen episode anime television series directed by Takahiro Omori and produced by Brain's Base and Aniplex. The first thirteen episodes were aired on WOWOW from July 26, 2007 to November 1, 2007; the final three were released direct-to-DVD. The series was also adapted into a two-volume manga, an adventure video game for the Nintendo DS and two drama CDs. An additional novel was released with the first drama CD and two gaiden novels were released in parts with the DVDs of the anime adaption.

Frustrated with her thankless office job, Retsuko the Red Panda copes with her daily struggles by belting out death metal karaoke after work.

Z: The Beginning of Everything

A biography series based on the life of Zelda Sayre Fitzgerald, the brilliant, beautiful and talented Southern Belle who becomes the original flapper and icon of the wild, flamboyant Jazz Age in the 20s. Z starts before Zelda Fitzgerald meets the unpublished writer F. Scott Fitzgerald and moves through their passionate, turbulent love affair and their marriage-made in heaven, lived out in hell as the celebrity couple of their time.

In this acclaimed eleven-hours British television miniseries, Charles Ryder, an agnostic man, becomes involved with members of the Flytes, a Catholic family of aristocrats, over the course of several years between the two world wars.

Brody, a young hot-shot banker at Whitestone Trust, thought he was just having a one-night stand with Jennifer, a beautiful woman he met at a bar. But when he discovers that she works in maintenance for the building where he works, their worlds begin to collide in the most unexpected way. Facing Brody’s critical boss, Mr. Mansfield, as well as annoyed colleagues, the pair must find a way to deal with their growing feelings for each other in this modern take on Romeo & Juliet.

Junior attorney Kimmie Boubier and her two best friends, Helen-Alice and Marika, have had a standing date every Friday night for the last 13 years. They even have a motto for what they call "Friday Night Fun Night": "Always together! Always Inside!" However Kimmie's recent promotion throws a monkey wrench into the tradition. Not only is she now working with her idol, "Lady Lawyer of the Year" Felicity Vanderstone, but she meets a dashingly handsome British attorney, Richard Lovell, who invites her to his party at a trendy club. Determined to spend time with Richard and heed Felicity's advice to network, Kimmie sets out to convince her friends to take Super Fun Night on the road.

The Mystic Archives of Dantalian

Minami is a 27-year-old female office worker in an advertisement agency. Though she has a boyfriend, she spends the majority of her time working and appears to feel ambivalent about the relationship at best. When the boyfriend finally breaks up with her, it's the push she needs to start a social life with her co-workers. In-office romances soon follow. Much of the story is told through Minami's thoughts, which are full of self-doubt.

Lilies is a British period-drama television series, written by Heidi Thomas, which ran for one eight-episode series in early 2007 on BBC One. The show's tagline was "Liverpool, 1920. Three girls on the edge of womanhood, a world on the brink of change." Due to lower than expected ratings, the BBC did not commission a second series.